Knocking at the Door of Democracy: 100 years after women’s suffrage

On August 18, 2020, the ACLU of Georgia commemorated the 100th anniversary of women’s suffrage with a dynamic conversation about race and gender. The ratification of the 19th amendment 100 years ago signified an important expansion in democratic rights, but Black women and women of color were excluded.

Just as suffrage then was not complete, we still have not realized the full scope and potential of women’s equality. As we approach a consequential election, we gathered a group of dynamic, diverse group of women leaders in Georgia to discuss their vision for fulfilling the promise of suffrage. 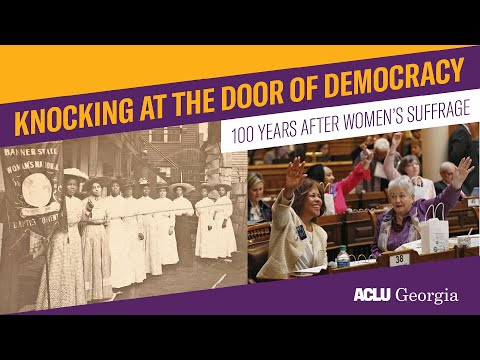