The U.S. Court of Appeals has declined to stop an injunction that prevents Georgia elections officials from rejecting absentee ballots over signature discrepancies.

U.S. District Court Judge Leigh Martin May issued the injunction last week as part of two separate lawsuits filed against defendants that include Secretary of State Brian Kemp. May declined on Wednesday Kemp’s request to pause the injunction while he appealed the decision. 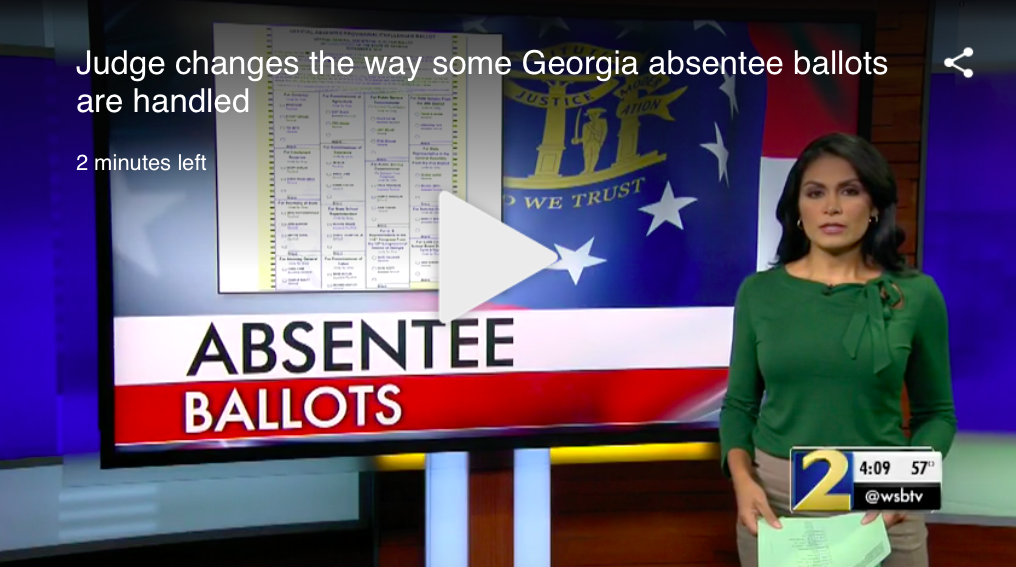 Absentee ballots can be cast through 7 p.m. on Election Day, which is Tuesday.

“Today the Eleventh Circuit agreed with the ACLU of Georgia and protected the due process rights of very Georgia citizen who votes by absentee ballot,” Sean J. Young, the legal director of the ACLU of Georgia, said in a statement. “Georgia voters and hard-working elections officials are ready to move on with this election. We trust the Secretary will do the same.”

The injunction was filed as part of two separate lawsuits against Kemp — one led by the ACLU and another from the Lawyers’ Committee for Civil Rights Under Law and the Coalition for Good Governance. It specifically orders the Secretary of State’s office to inform local elections offices that they should not reject absentee ballots due to alleged signature mismatches. Instead, they’re ordered to mark the ballots as provisional and give voters a “pre-rejection notice” via first-class mail and email, when possible, as well as an opportunity to resolve the discrepancy.

Absentee ballot applications with potential signature issues are to be treated similarly, according to the court. The judge’s order is retroactive, meaning it affects mail-in voters that were already rejected.

Kemp and other election officials -- including the Gwinnett County Board of Registrations and Elections, which was named as a defendant in both lawsuits brought against Kemp -- have argued that changing how absentee ballots are considered in the middle of an election created an unreasonable new burden.

“Despite this outcome, our concern remains that it is inappropriate to change long-standing procedures this close to an election,” she wrote. “Nonetheless, the state and counties will comply with Judge May’s ruling.”

Kemp has faced extra scrutiny while staying in his role as Secretary of State, a position that oversees elections, while also running for governor. The absentee ballot fight is just one of many voting rights issues currently being litigated in Georgia.