By Nicholas Thieme | Atlanta Journal-Constitution | May 11, 2019

Attorney Kosha Tucker looked across the particle-board table at the teen in the detention-center jumpsuit. He stared back in icy silence.
“I would go visit him and he would refuse to speak to me,” recalled Tucker, an attorney with the American Civil Liberties Union of Georgia. “He would walk out of the room (and) he would say really nasty things.”
Then, Tucker remembered him mentioning an interest in skilled trades. She sent him a book.
When she saw him next, he was ebullient, she recalled, proudly displaying drawings of tools and techniques he’d reproduced.
“He knew that while he was sitting in there, I was thinking about him. And it gave him hope,” Tucker says.
Such hope is in short supply at Georgia prisons.
An Atlanta Journal-Constitution analysis of electronic book catalogues in 12 state prisons found wide disparities in the number and availability of reading material.
Baldwin State Prison Library, for example, offers fewer than 2,000 books for about 1,000 prisoners, about one tenth the offering of comparably sized Central State Prison in Macon. 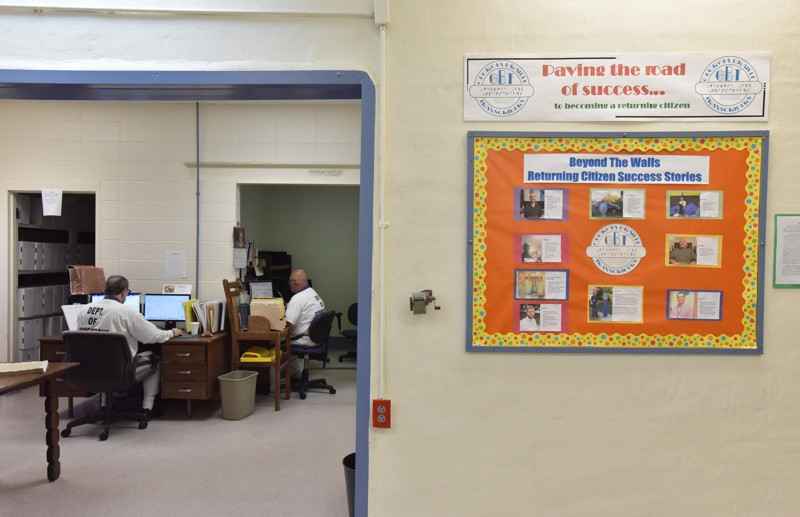 Four prisons have libraries with at least 10 books per inmate. Another four have less than four per person.

Those meager offerings aren’t for lack of demand. Every book at Phillips State Prison is lent out about twice a year, on average. Their condition reflects their constant handling. A note in the March 2019 monthly summary at Phillips State Prison reported: “If (inmates) do find a book or periodical they want, it is unbelievably worn and tattered.” Phillips’ library had the fewest books checked out per inmate that month.

The AJC’s findings come as policy makers around the country and in Washington have been reducing sentences for non-violent offenders, and searching for alternative forms of rehabilitation. 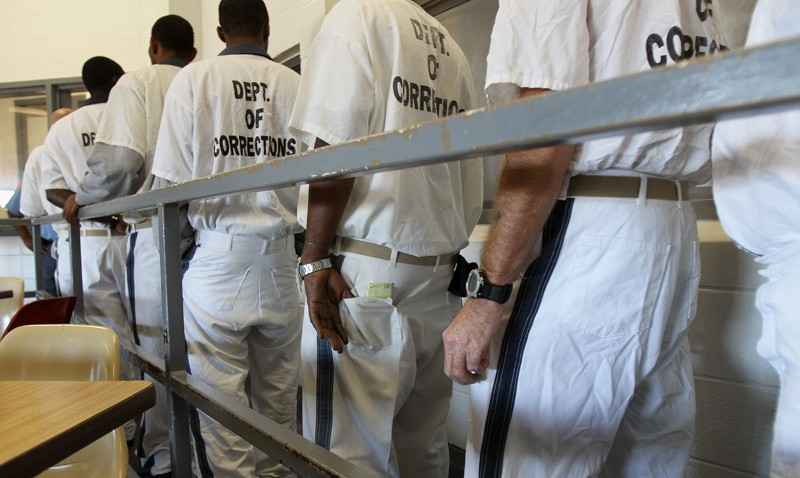 Several studies have shown that books, often overlooked in that debate, have contributed to lower recidivism rates. A book-based alternative sentencing program in Massachusetts showed how books reduce recidivism. Only 19% of inmates enrolled in that program reoffended, compared with 45% of a control group. The RAND Corporation has also published similar studies showing that education programs lead to huge decreases in the risk of reoffending.

Years of zero funding for prison libraries in Georgia and a reliance on donations to stock the shelves contributed to the poor state of book availability in the state, the AJC found. 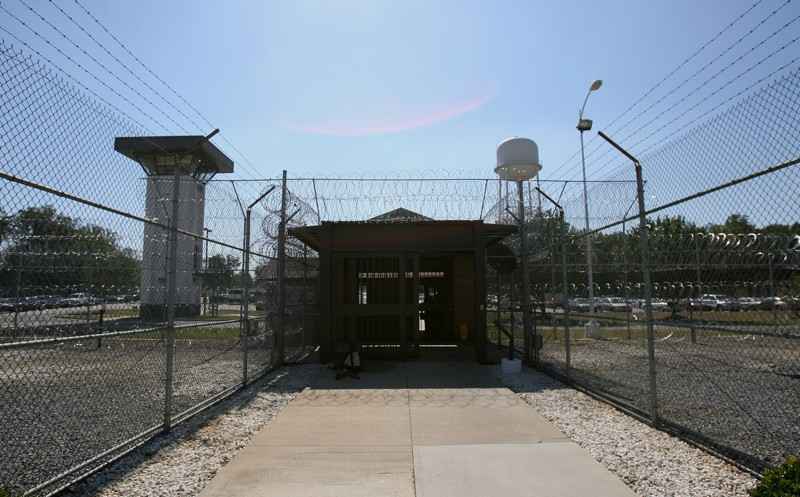 Mike Wood, a core member of the Prison Books Program, the oldest prison book donation program in the country, said states such Georgia should see investments in the literacy of inmates as investments in the community.
“Think about it this way, prisoners are going to hopefully one day get out,” said Wood. “They’re going to be living in the same town as you and me.” He said he’d rather live next to someone who’s had the opportunity to read and to learn.
Handwritten catalogues
Andrea Shelton, Department of Corrections (GDC) Board Member for the Fifth District, said books in Georgia prisons were often viewed as a luxury, and limiting access to books was a common tactic among “unenlightened correctional officials who’re there to ‘show up and bow up.’”
Two who made a difference, Shelton said, were former Commissioner Homer Bryson and and Assistant Commissioner for Education Buster Evans, who have both since left the corrections department. They added 100,000 books to the system’s libraries, she said.
Until 2017, prison libraries were under the jurisdiction of the facilities department, separate from education. The department relied on donated books and there was no system to distribute them where need was greatest, in part because many prison catalogues were not computerized.
Corrections officials moved libraries to the system’s education department two years ago. For the first time, the library division began receiving a dedicated budget of about $359,000 to replace lost and deteriorated books. The funding works out to about $3,200 per prison per year.
Prisoners can now also use an inter-library loan program. 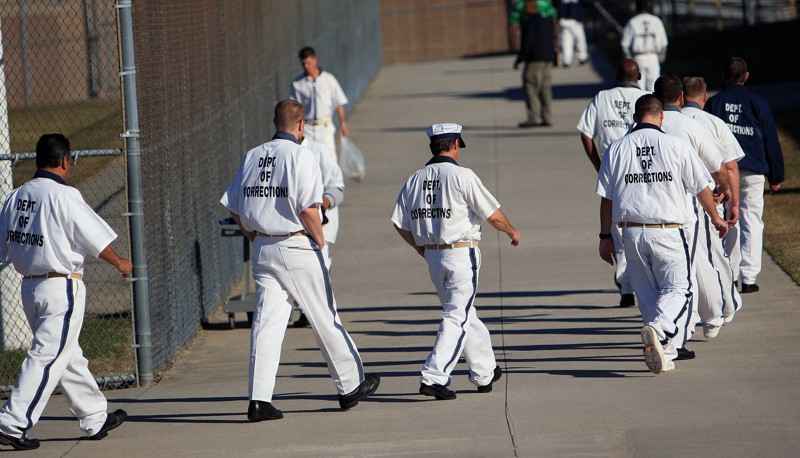 Emanuel Mitchell, newly-appointed Director of Library Services for the GDC, said the GDC is trying to “standardize and bring (libraries) up to the level that all of our other education programs have risen to.”
Currently, facility library catalogs are kept with individual prisons, often in different formats, sometimes handwritten. That GDC officials can’t immediately look up the number of books in their prisons is one symptom of that policy. Mitchell aims to digitize and centralize the catalog to better understand which facilities’ needs are not being met.
What’s on the shelves
The AJC’s analysis of book titles in the prison system found glaring omissions.
Although nearly two-thirds of Georgia inmates are black, more than half of libraries have no books on Martin Luther King Jr., and two-thirds of them don’t have anything on Malcolm X, two of the most celebrated African-American figures of the 20th century.
Mitchell can’t say how this happened, but said he is working diligently to correct it. 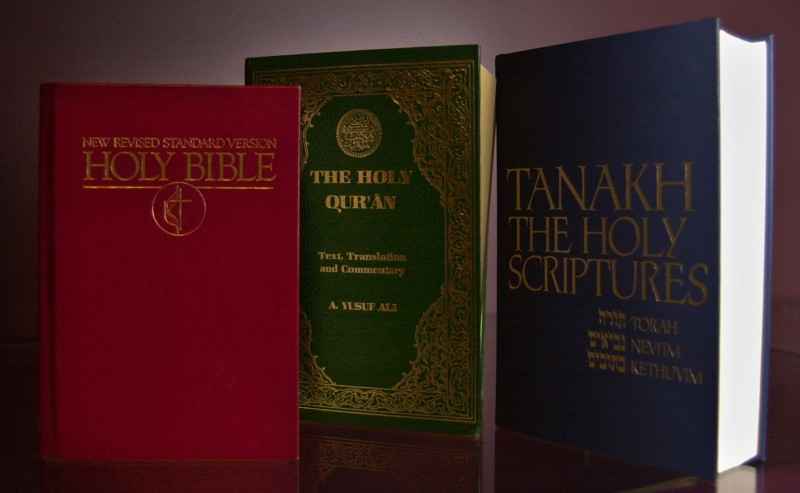 This imbalance in titles extends to religious materials. Every prison offers Bibles, but only two offer Qurans. Mitchell said that disparity exists because religious books are all donated, not purchased by the state.
Every library contains Shakespeare, and several carry dozens of his works.
But a Georgia prisoner won’t find any books about the 1971 Attica Prison uprising, one of the most famous protests of poor prison conditions in American history.
‘We’ve got to do better’
Reginald Dwayne Betts, a published poet with a law degree from Yale University, was at one time incarcerated.
“Books do the same thing for (prisoners) as they do for everyone else in America,” he said, “as a part of what allows you to be connected to places you’ve never been, people you’ve never met.”
Betts said in his experience prisoners found a way to get books they wanted.
“People in prison, people in jail, read the stuff that they want to read, and if the book doesn’t exist, they find a way to get it,” he said.
It’s not that prison libraries are perfect, he added, it’s just “really hard to expect a prison or jail to be operating on a higher or better level than local schools.”
More books mean more readers. The five prison libraries with the most books per person were also the five libraries with the most books checked out per person.
“We’ve got to do better if we want people to be better,” said Shelton. “Low literacy and incarceration go hand in hand.”
How to donate books to Georgia prisons
The Georgia Department of Corrections welcomes book donations. To learn how to donate, contact the office of Director of Library Services Emanuel Mitchell at 478-992-5292, or email them at emanuel.mitchell@gdc.ga.gov.

PHOTO CAPTIONS FROM TOP TO BOTTOM

The success board is shown as inmates work in background at Braille Program at Central State Prison in Macon on Thursday, October 26, 2017. Braille program turns inmates into transcribers and transforms textbooks into books for the visually impaired read.

Inmates at Phillips State Prison wait in line for lunch in the cafeteria Thursday, October 27, 2011.

Inmates at Phillips State Prison make their way to the cafeteria Thursday, October 27, 2011.