Atlanta city council member Natalyn Archibong is proposing legislation to get rid of the city's cash bonding system at the detention center, saying it unfairly targets the poor.

The legislation would eliminate cash bonds for violations of city ordinances.

"If I had money and could afford to pay my bail, regardless of what I've done. If I've been given a bond, I can pay it and go," said Mary Hooks with Southerners on New Ground. "If I'm poor and I can't, then I'm forced to stay in a cage. 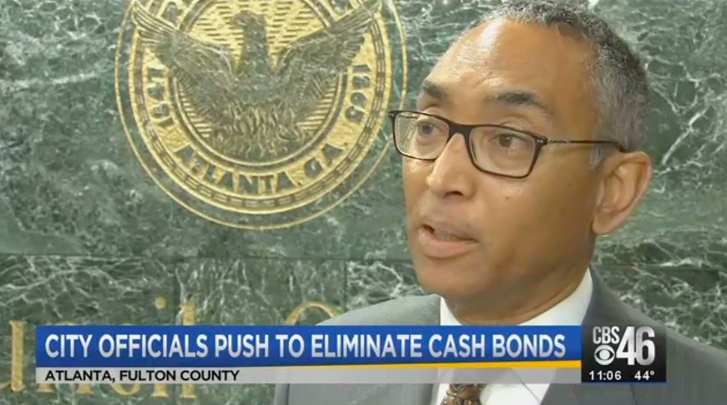 Ellis says cash bonds are a major driver of mass incarceration and can be an overwhelming expense for taxpayers.

"We're not proposing that jails just open up their doors and release everyone," says Ellis. "We're particularly looking at low-level offenses. I've been someone who has seen first hand what happens when people don't get a fair trial."

Charles Shaw, president of the Georgia Professional Association of Bondsmen, is worried the ordinance is too broad and ignores public safety. He says the court should first determine if someone is poor and if they're a flight risk before putting them back on the street.

"It doesn't specify what offenses would be subject to release, doesn't make provisions for individuals that may have an extensive criminal history that may have in fact committed violent crimes," says Shaw.

The municipal court has already begun making changes to its bond procedure. This week, judges voted to provide signature bonds to defendants arrested on non-violent traffic offenses, only if they don't pose a public safety threat.