The Past: Roe v. Wade

Roe v Wade is the landmark U.S. Supreme Court decision that famously invalidated the Texas law in 1973 on the ground that the constitutional right to privacy encompasses a woman's decision whether or not to continue her pregnancy.

Moreover, the Court concluded that a state could ban abortion only once the fetus became 'viable' (usually at the beginning of the last trimester of pregnancy), and even then a woman had to have access to an abortion if it were necessary to preserve her life or health. 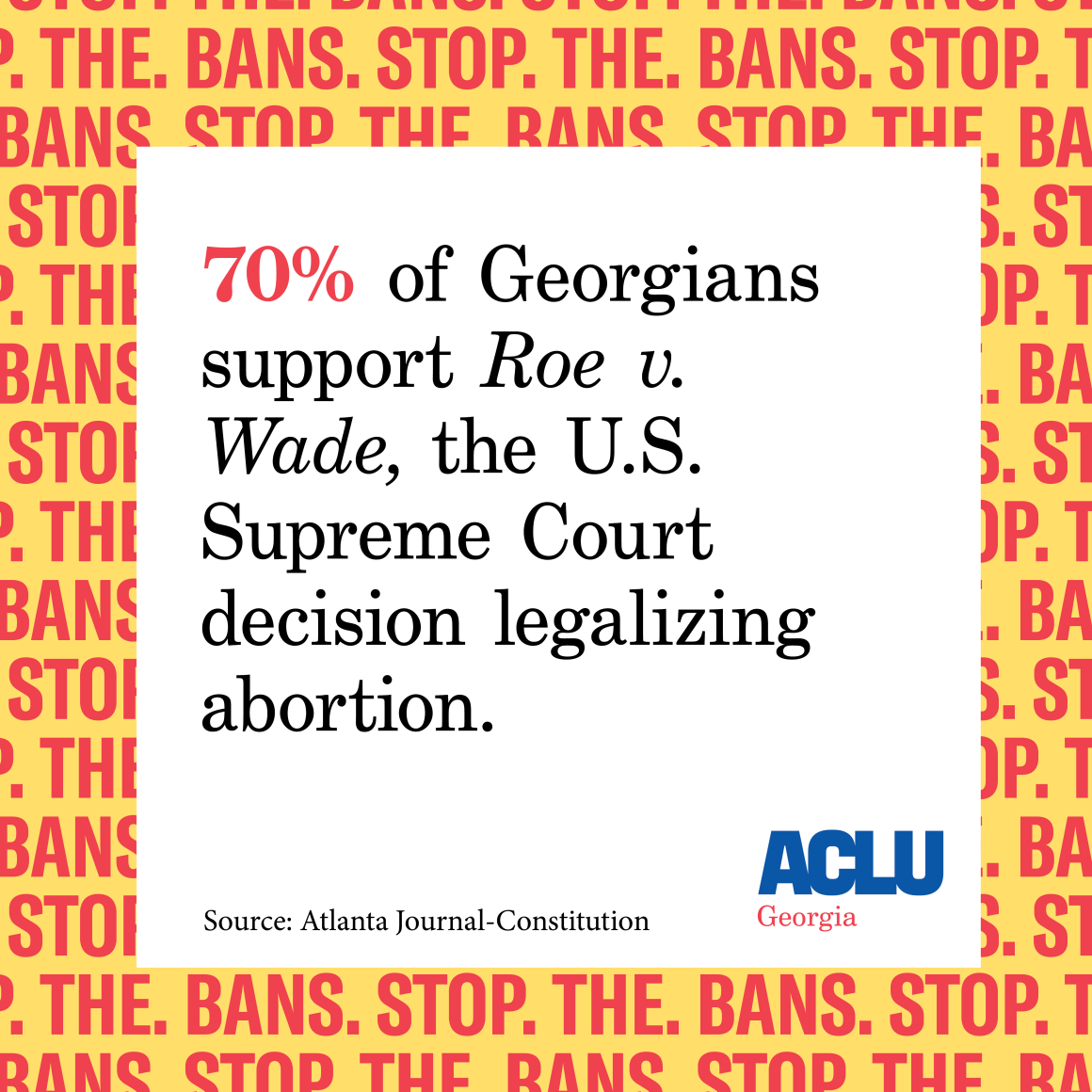 In a companion case to Roe, Doe v. Bolton, which the ACLU argued before the Justices, the U.S. Supreme Court overturned a Georgia law prohibiting abortions except when necessary to preserve a woman's life or health or in cases of fetal abnormality or rape. The Court held the Georgia law unconstitutional, because it imposed too many restrictions and interfered with a woman's right to decide, in consultation with her physician, to terminate her pregnancy.

Stop The Bans Campaign
The Past: Roe v. Wade
The Present: SisterSong v. Kemp
The Problem: Georgia Has a Maternal Mortality Crisis
The Politicians
Fund the Fight!