A Seat at The Table with Andrea Young and Greg Palast 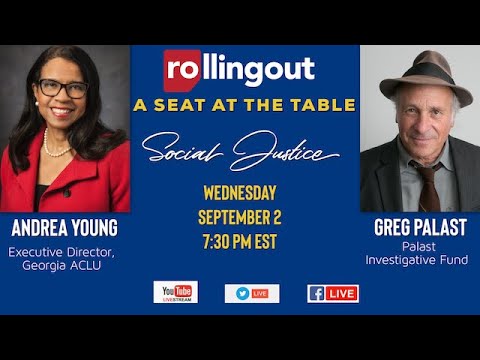 A Seat At the Table host Munson Steed, CEO of Rolling Out, interviews Andrea Young, executive director of the ACLU of Georgia, and Greg Palast, journalist with The Palast Investigative Fund.

For copy of the report, go to acluga.org/GeorgiaVoterRollPurgeErrors.