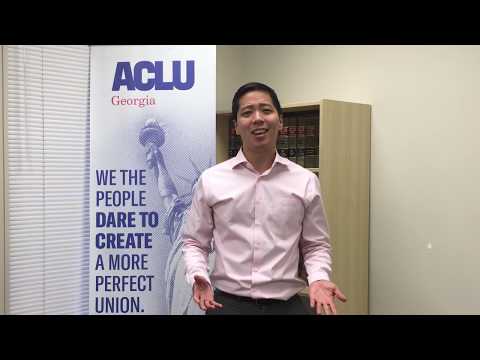 ATLANTA – Today, the American Civil Liberties Union of Georgia sent a letter to Cobb County Sheriff Neil Warren warning him for appearing to engage in government censorship to silence constituents who have been blocked from posting on the sheriff department's official Facebook page.

“In this era of unprecedented attacks on our democracy, freedom of speech and the right to criticize our government officials are more important than ever," said Sean J. Young, Legal Director for the ACLU of Georgia.“Our democracy thrives when people can freely criticize elected officials to keep them accountable.”

As the letter explained, “under the First Amendment, government officials cannot, using taxpayer resources, open a government social media page up to public comment and then censor those comments or people that they do not like.” The letter continued, “Courts have been unanimous in ruling that targeted censorship on government social media pages otherwise open for public comment is a violation of the First Amendment.”

In the last year, the ACLU of Georgia also sent demand letters to three sheriffs, a police department, a state senator, the secretary of state, a U.S. Senator, and three members of Congress demanding that they stop censoring their critics who post on official government social media accounts.