In her affirmation of reproductive rights in Planned Parenthood v. Casey, Justice Sandra Day O’Connor wrote, “The ability of women to participate equally in the economic and social life of the Nation has been facilitated by their ability to control their reproductive lives.”

All around us, women’s lives have changed as a result of reproductive freedom, autonomy, and progressive movements for women’s rights and civil rights.

In 1972, attorney Ruth Bader Ginsburg founded the ACLU Women’s Rights Project which works to ensure that women and their families can enjoy the benefits of full equality and participation in every sphere of society. Around the same time, the ACLU of Georgia was supporting attorney Margie Pitts Hames in her challenge to Georgia’s abortion statute. That effort resulted in Doe v. Bolton, a companion case to Roe v. Wade.

In 1972, the U.S. Congress passed the Equal Rights Amendment (ERA). A few years later, ERA Georgia was formed. Jean Childs Young and Atlanta civic leader Sherry Frank worked with a bi-racial coalition of women to promote the Equal Rights Amendment in Georgia. The Georgia General Assembly rejected the ERA in 1982, and the amendment to the U.S. Constitution still has not yet been ratified.

In early 2019, the bill that became Georgia’s abortion ban law began moving through the General Assembly. Despite the valiant efforts of reproductive rights and justice organizations, allies, and pro-choice members of the state legislature, the legislation passed the House of Representatives by two votes, setting the stage for the governor’s signature on May 7, 2019.

On June 28, the ACLU and partners filed SisterSong v. Kemp, a federal lawsuit challenging the constitutionality of the abortion ban. As of this writing, a preliminary injunction prevents the law from taking effect while the litigation is pending.

Knocking at the Door of Democracy: 100 Years of Women's Suffrage 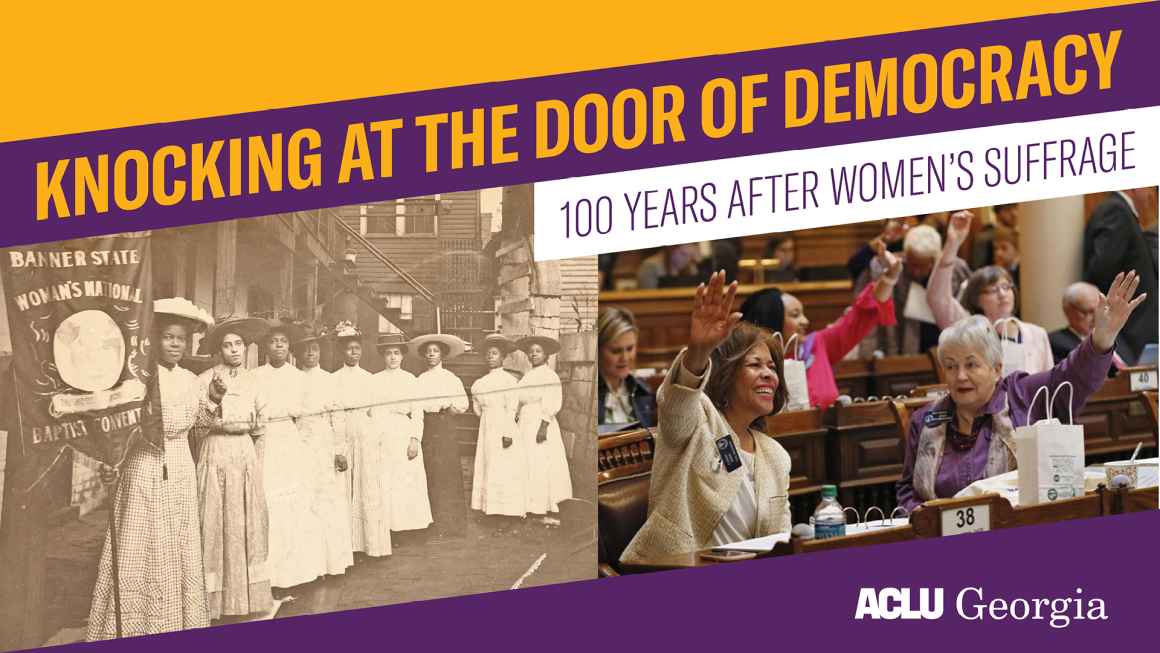 CLICK FOR the executive summary
CLICK FOR THE FULL REPORT: HOW FAR YET TO GO? The status of women in georgia 1970 and Today 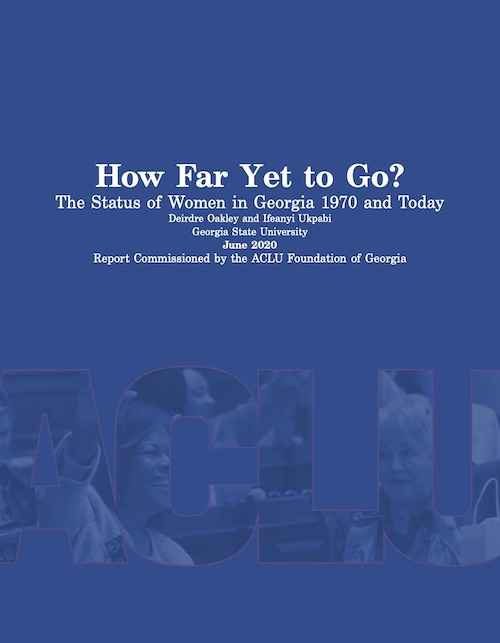 click to watch the video of the women's event! 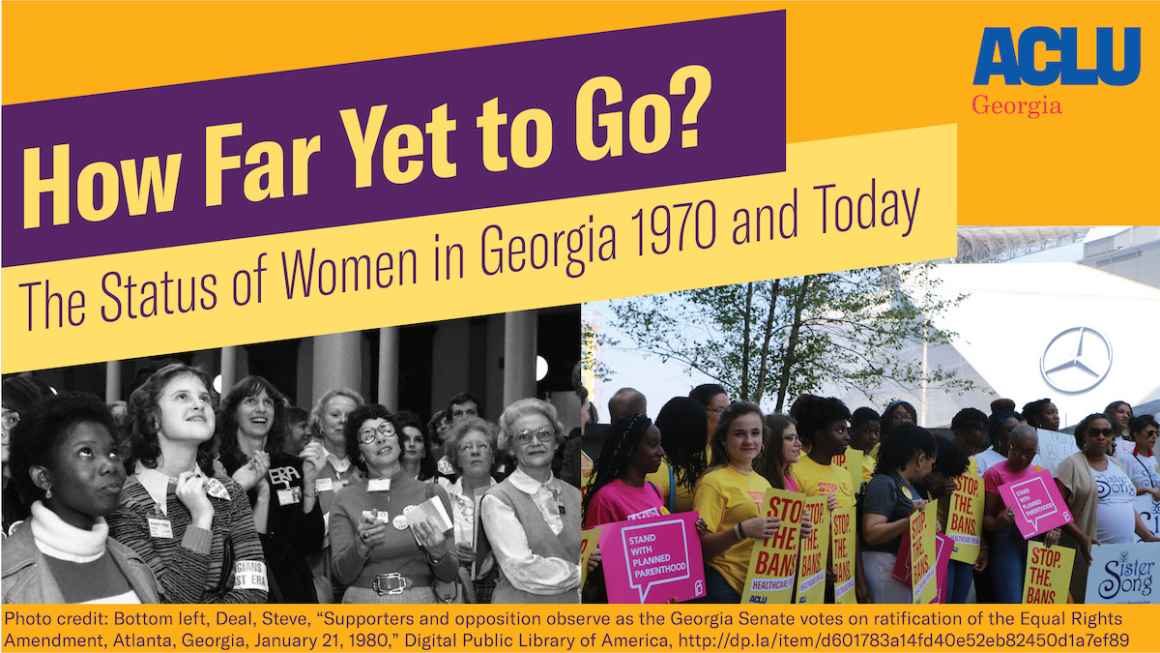 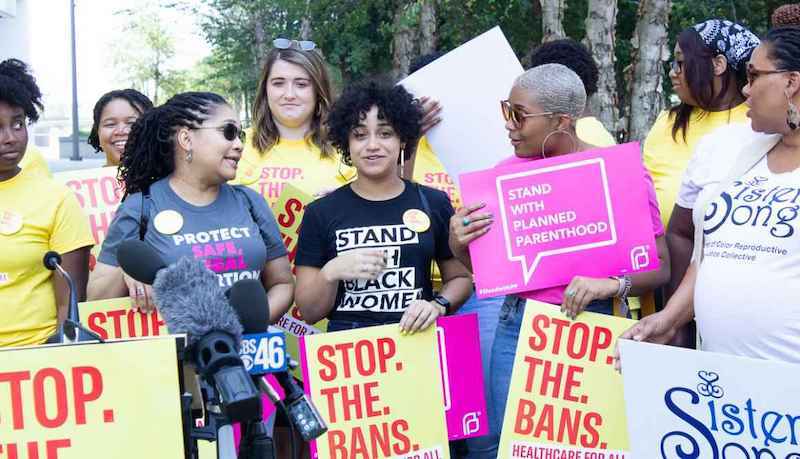