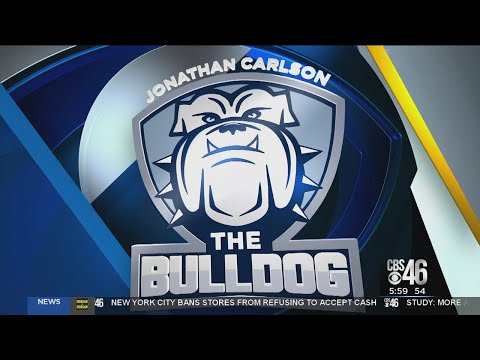 COBB County, Ga. (CBS46) -- Did Cobb County Sheriff Neil Warren try to prevent inmates from seeing news coverage critical of the jail? It appears so; but in a statement to CBS46, he says it was out of concern for jail safety.

"He has to have a lawful justification."

The ACLU isnt buying it.

"It is not clear if that decision was arbitrary or legitimate," says staff attorney Kosha Tucker.

On January 12th, the Marietta Daily Journal ran an article questioning the treatment of inmates. The newspaper--regularly circulated among inmates--a constitutionally protected right, according to the ACLU--was pulled.

The sheriff's statement didnt say specifically how the article would have caused safety concerns, but stressed, it was just one issue.

But attorneys with the First Amendment on their mind say, "The sheriff has a duty not only to uphold the constitutional rights of people in his custody, but also [to] help their rehabilitation," says Tucker. "Having access to the Marietta Daily Journal allows people to stay engaged and to stay informed of whats happening in their hometown, their community."

The ACLU says they are keeping their legal options open as to whether they pursue this further.

The sheriff's statement in full reads as follows:

The ACLU press release is false and misleading. In an effort to provide the MDJ unparalleled access to the facts, our command staff made themselves available for both a q&a session and an impromptu tour of the Cobb County Adult Detention Facility. On one occasion the paper was not disseminated due to it’s possible impact on the safety and security of our staff and inmates. In conjunction with the writer and editor of the paper we were notified of the publishing date and on that one occasion the paper was not disseminated. No ban exists nor has one existed in the past and it is clear that the intention of the ACLU is to mislead the public and further undermine their stated purpose.