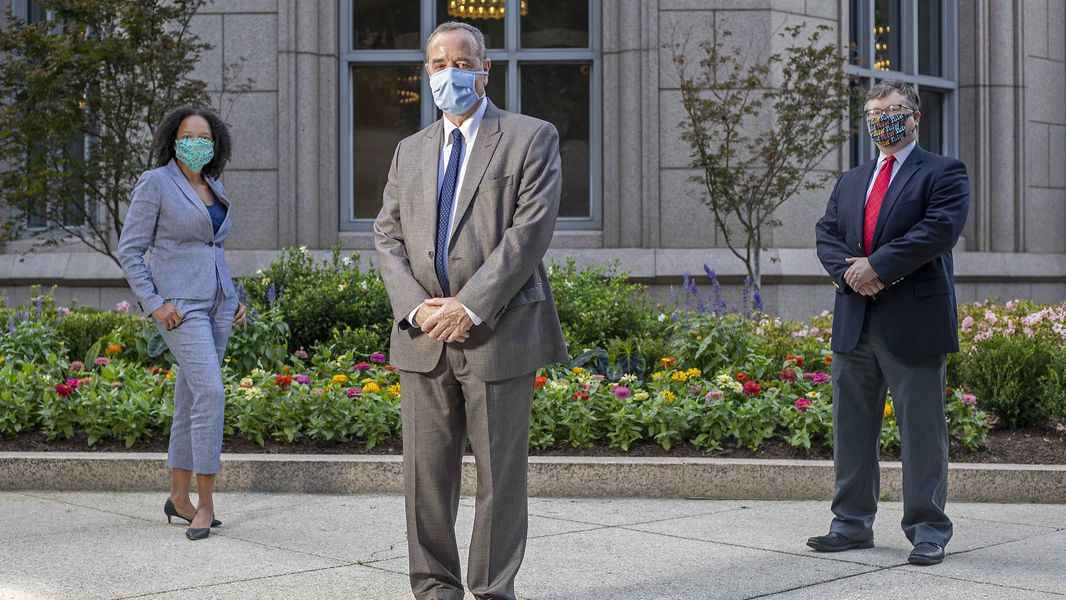 Fierce battles over which votes count are already being fought in courts this election season, with armies of voting rights advocates, political parties and attorneys gearing up to bring more challenges to Georgia election laws when ballots are cast.

The most significant court intervention so far came when a federal judge recently allowed absentee ballots to be accepted if they’re postmarked by Election Day, a decision that could add tens of thousands of votes. Many more rulings are still to come.

Then in November, more legal claims will arise, especially in close elections if there are disputes over counting absentee ballots, voter registration issues or problems at polling places. The coronavirus pandemic will give lawyers an additional justification to seek relief for voters, an argument that worked in the Aug. 31 ruling extending the deadline for absentee ballots.

Whoever gains the most votes from court decisions will have a better chance of winning tight local races — or even swing which way Georgia votes for president. Polls show a close race in Georgia, with Republican President Donald Trump ahead in some surveys and Democrat Joe Biden leading in others.

“What other recourse do we have as private citizens? This is our right to vote,” asked Donna Curling, a longtime election security advocate from Fulton County and a plaintiff in a lawsuit seeking hand-marked paper ballots. “There are problems all over the place. I think we’re going to have a rocky month of November.”

Legal skirmishes have the potential to delay final results in Georgia races if election officials are forced to conduct recounts or review rejected ballots. Combined with a large number of absentee ballots that are expected, results might not be known for days.

The ongoing lawsuits come with a significant cost to Georgia taxpayers, totaling $3.2 million in attorney fees and expenses, according to the attorney general’s office. The costs were spread among several outside attorneys hired to help defend the state over the past three litigious years.

The plaintiffs also have to spend either their own money or their donors' contributions. Cases are often brought by activists, voters and organizations including the American Civil Liberties Union, the Lawyers' Committee for Civil Rights Under Law, the NAACP and the New Georgia Project. At least a dozen organizations are plaintiffs in active court cases in Georgia.

“This litigation is expensive and does indeed fall on the shoulders of the taxpayers of Georgia,” Carr said. “In addition, these suits are all too often political in nature and are better suited for the legislative process rather than the court system.”

The surge of litigation isn’t just affecting Georgia, said Justin Levitt, a professor at Loyola Law School who oversaw voting rights cases in the Justice Department during the Obama administration. At least 233 election cases related to COVID-19 are pending in federal courts across the country, including six in Georgia, according to Levitt’s count.

“The rules that may be applicable when we don’t have a once-in-a-century pandemic may not always be applicable when we have a once-in-a-century pandemic,” Levitt said. “This year, we should expect courts to be more active across the board because the pandemic circumstances actually create emergencies that the courts may be better at resolving than legislators.”

The list of lawsuits will only grow if voters have trouble casting their ballots — a guarantee in any election, no less one that relies heavily on absentee ballots during potential U.S. Postal Service delays and socially distanced in-person voting, where anyone could be a contagious virus carrier.

Similar last-minute legal wrangling played out in the heated 2018 election when a series of rulings ordered election officials to review and count thousands of absentee and provisional ballots that had been rejected in the races for governor between Republican Brian Kemp and Democrat Stacey Abrams, as well as the contest for Georgia’s 7th Congressional District.

Secretary of State Brad Raffensperger is appealing the ruling on an absentee ballot deadline, escalating the dispute over whether to count ballots that were postmarked by Election Day and received within three days. His attorneys argue the change from the state’s Election Day deadline for ballots to be returned will delay results and confuse voters.

Legal action over vote counting might be inevitable in Georgia’s highly competitive, nationally watched election, said Halsey Knapp, an attorney in the absentee ballot deadline case as well as lawsuits over election security and long lines.

“I would argue we’re at the epicenter of voting rights litigation in the country,” Knapp said. “Voter suppression and cheating, so to speak, have been part of Georgia’s voting legacy.”

The politics of voting rights

While Georgia’s Republican-led government is on the defensive against lawsuits from Democrats and nonprofit organizations seeking to expand voting rights beyond the limits of state laws, Republicans are battling back.

The Trump campaign and the Republican Party are planning a large poll-watching operation in 15 battleground states, including Georgia, to look out for potential voting fraud. Though fraud has been rare in recent years, Raffensperger raised the prospect when he announced Tuesday that about 1,000 people were able to vote twice in Georgia’s primary.

“In yet another state, Democrats and Joe Biden are attempting to rewrite our laws and institute wholesale election changes that fit their far-left agenda,” said Savannah Viar, the Trump campaign’s Georgia spokeswoman. “It is critical that voters maintain confidence in our election process when they cast a ballot. ”

The Democratic Party of Georgia also plans to train poll watchers and encourage voters to call a hotline to report problems.

The Trump campaign and the Republican National Committee are involved in election lawsuits in 19 states, but Georgia isn’t one of them. Georgia’s Republican elected officials are defending lawsuits against the state.

A broad lawsuit filed by Fair Fight Action, the voting rights group started by Abrams after the 2018 election, could be used to seek emergency relief from the courts when problems arise, spokesman Seth Bringman said. The underlying lawsuit over voter registration cancellations, precinct closures, long lines and disqualified ballots is pending, and a trial won’t be held until next year.

The ACLU of Georgia, which is appealing a ruling that found a postage requirement for voters to mail absentee ballots isn’t a poll tax, is ready to respond to potential problems, both with mailed-in ballots and at polling places, said Andrea Young, the civil rights organization’s state executive director.

“There are so many things that can go wrong in a highly contested election like this,” Young said. “The courts have got to make sure that they are receptive to problems with the vote. The point is to say that every vote should be counted.”

Judges often decide voting cases by weighing the harm to voters against the burden on election officials, relying on U.S. Supreme Court precedent, the Constitution’s free speech and due process protections, and laws governing election processes. As Election Day draws nearer, courts will be more reluctant to inject themselves because of the risk of confusing voters at the last minute, a principle established by a 2006 Supreme Court case, Levitt said.

Where plaintiffs view the courts as a last resort to protect fundamental voting rights, others see judicial activism.

“This judge on her own has decided that because of coronavirus, election rules should be thrown out,” said Fitton, the president of Judicial Watch, which files records requests and lawsuits to investigate government misconduct. “The left sees friendly courts as a vehicle to affect policy change. The stakes are high from their perspective.”

“It’s been a while since my high school government class, but from what I recall there are three branches of government. When the Legislature fails to write laws that protect voters' rights, the people have options," Ufot said. “It’s extraordinarily important that the courts play this role.”