ATLANTA – “The Georgia elections held today were a massive failure. Countless Georgians were deprived of their sacred right to vote.  Whether it is incompetence or intentional voter suppression- the result is the same -- Georgians denied their rights as citizens in this democracy,” said Andrea Young, Executive Director of the ACLU of Georgia.

“In March 2019, the ACLU of Georgia warned Cobb, DeKalb, Fulton and Gwinnett – the state’s most populous counties – that they were not ready for elections in 2020. These counties have over two million of the state’s nearly seven million registered voters,” Young continued. “Based on their performance in the 2018 election — the ACLU warned that insufficient resources were allocated for polling places, machines, in-person election staff, and staff to process absentee ballots and that this would result in the disenfranchisement of voters in 2020.  It gives us no pleasure to be proven right.”

Rep. Donna McLeod tweeted a list of 28 polling locations at which voting machines had not arrived by close of business Monday, June 8, 2020, the day before the June 9th election. “So these polls opened without #voting #machines,” she posted. 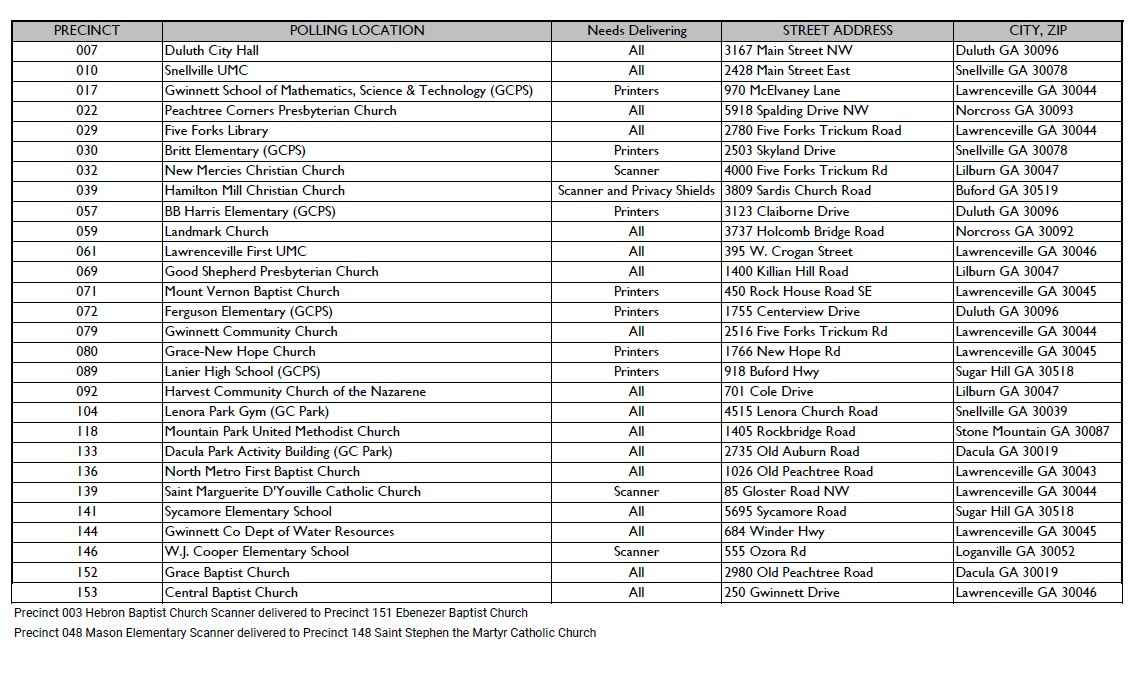 Max McDonough posted on his Instagram account “Metropolitan Library in SW ATL. It was over an hour after polls were supposed to open before a single voter was let inside (around 8:10a). 140+ people in line, around the block. Reports that none of the voting machines are working, and the polling location manager didn’t bring the backup paper ballots with him.” 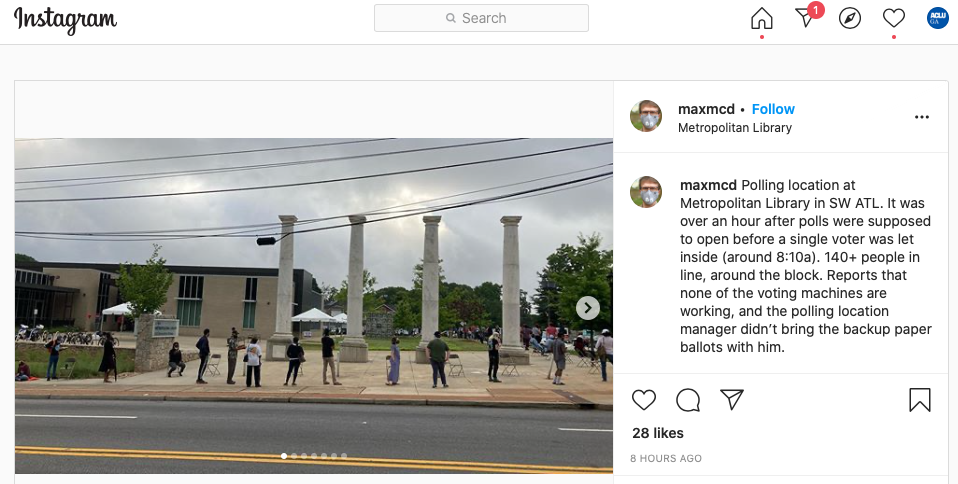 DEKALB COUNTY
Cross Keys polling location
Voting Machines failing to work, 1/3 of the usual number of poll workers, all 20 provisional ballots were used by 10am.

Atlanta Journal-Constitution political reporter Greg Bluestein tweeted that Cross Keys polling location in DeKalb County had four rather than the usual 12 poll workers, the voting machines failed to be working, and the precinct manager had run out of all 20 provisional ballots. It was 10:02 in the morning. 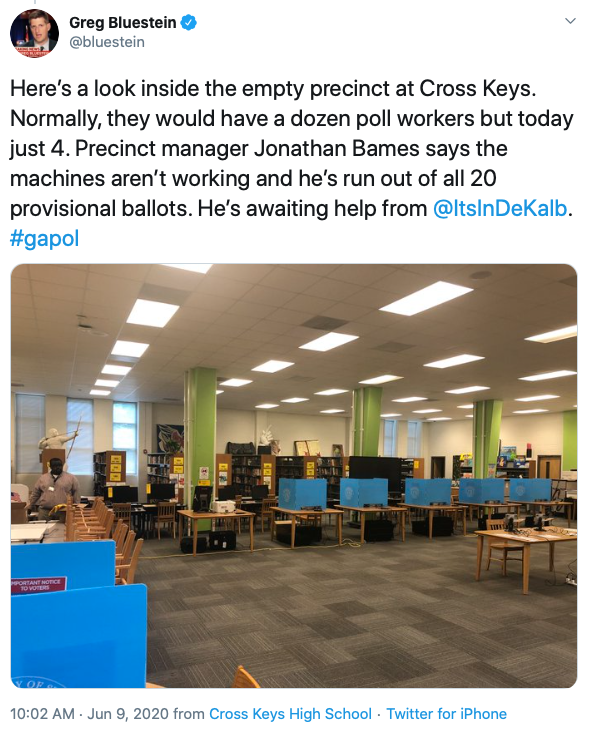 Angelica Ross tweeted that “Not only did I vote this morning, but I actually OPENED the polls this morning.  The volunteer staff didn’t know how to.  I trained them on how to program the voter cards, open the polls, and turn on the printers  #GeorgiaPrimary.”

WALTON COUNTY
Walton County is turning people away if they did not bring their absentee ballot with them and want to vote in person at Bold Springs Voting Precinct (7625 Bold Springs Church Rd, Monroe, GA 30656).

“We are exploring all options to respond to this failure. Leaders do not pass the buck – the Secretary of State, the County Commissioners, and the County Election supervisors must accept responsibility and remedy this unacceptable situation,” Young said.