Earlier today, state legislative leadership confirmed with the ACLU of Georgia that they have issued new written policies that protect this form of Freedom of Expression. Click here for the House policy. Below is the card that the Senate is distributing to guests at the Capitol. 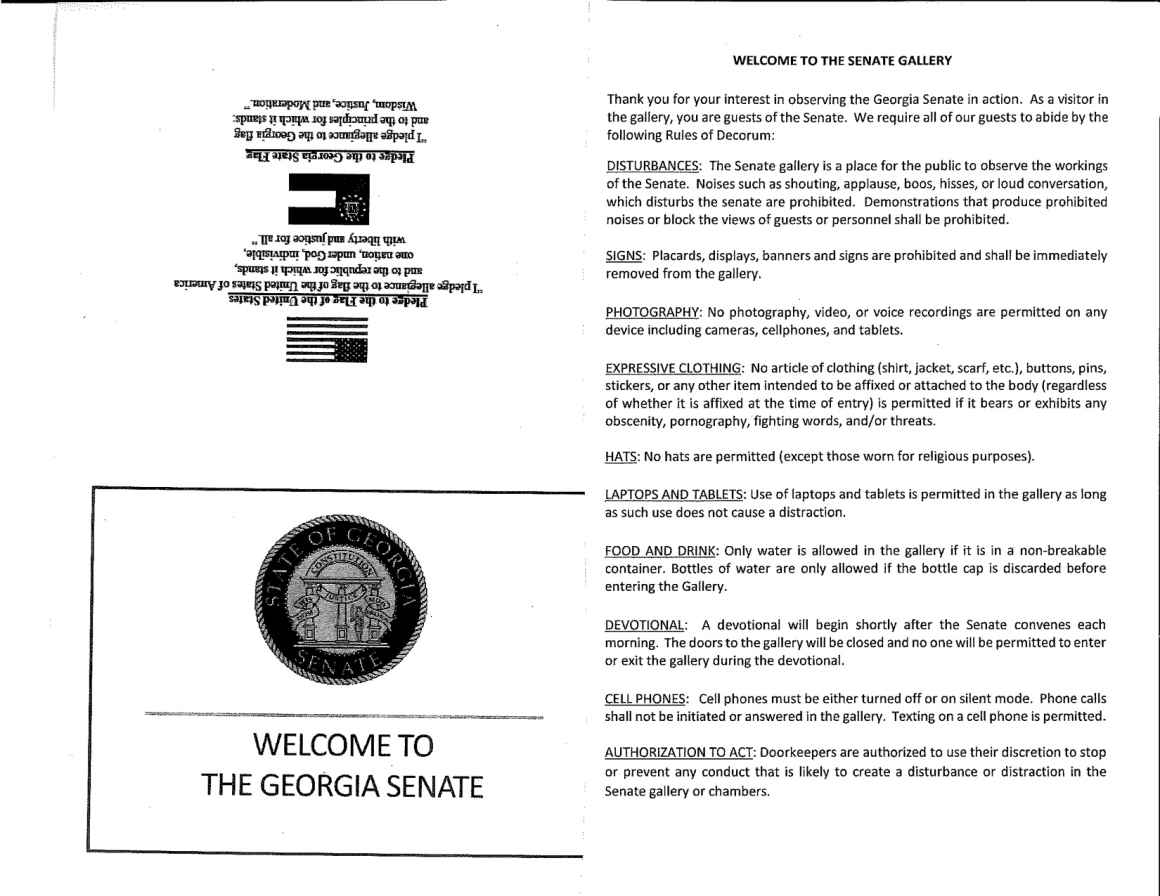 “Every Georgian should feel welcomed at the State Capitol to express their opinions on matters that are important to their families and communities,” said Andrea Young, Executive Director of the ACLU of Georgia.
“The First Amendment protects every constituent’s right to wear clothing expressing their opinions when watching their legislators engage in the democratic process,” stated Sean J. Young, legal director of the ACLU of Georgia. “We thank Senate President Pro Tempore Butch Miller and House Speaker David Ralston for working with us to uphold the U.S. Constitution.”
Last year, the ACLU of Georgia filed a successful federal lawsuit requiring the Capitol Police to allow people to bring hand held signs into the State Capitol Building in accordance with the First Amendment. Additionally, the ACLU of Georgia also secured the right to protest in front of the State Capitol Building as well as the surrounding sidewalks.